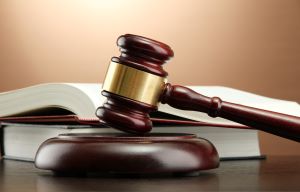 New York recently joined other states in eliminating the term “hearing impaired” from its law books, deeming it offensive.

In doing so, The Empire State became the third state to remove the term from its books, following Utah and New Hampshire. At least 25 references to individuals with hearing loss were changed from “hearing impaired” to “deaf” or “hard of hearing.”

Lawmakers decided to make the terminology adjustment due to the negative connotation of “impaired.”

Merriam-Webster defines impaired as meaning “being in an imperfect or weakened state or condition; diminished in function or ability.”

Senator Terrence Murphy (R-Yorktown, Westchester County), said the change will help remove the negative connotation. “Advocates and members of our community who are deaf or hard of hearing find the labeling of ‘hearing impaired’ to be offensive. … By using the correct terminology, New York State will now acknowledge and remove any stigma associated with the deaf.”

It’s worth noting that there was a time “hearing impaired” – still used in federal law – was the preferred term for those with hearing loss – “deaf” was considered too rude. Merriam-Webster defines “deaf” as meaning: “lacking or deficient in the sense of hearing.”

If you or a loved one is deaf, hard of hearing, or experiencing hearing loss, schedule an appointment with Audio Help Hearing Centers by calling us at 888-832-9966 or contacting us online.