The Link Between Diabetes and Hearing Health 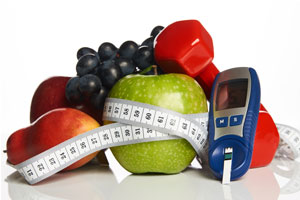 Although the reason for the link is unknown, studies have found that diabetics are twice as likely as people without diabetes to develop hearing loss.

With March 26 being Diabetes Awareness Day, Audio Help Hearing Centers want to encourage you to learn more about this connection.

Diabetes occurs when the body is unable to produce or regulate insulin properly, which causing the buildup of glucose in the bloodstream. There are three types of diabetes:

The science behind the diabetes-hearing loss link is uncertain at this point, although experts believe it may be due to high blood sugar damaging the inner ear’s blood vessels and tiny hair cells. These hair cells help the brain recognize sounds. They do not regenerate – if they become damaged or die off, permanent hearing loss results.

Hearing aids can often help treat the sensorineural hearing loss. If you have diabetes and are concerned about your hearing, schedule an appointment online or call Audio Help at (914) 529-4150.